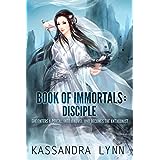 Synopsis:  Following her death in a plane crash, Celine discovers that neither heaven nor hell are options for her. Miraculously, she’s transformed into the antagonist of the book she’d read prior to her demise. Now, she must navigate this strange new immortal life, knowing that the antagonist’s journey won’t end well. Between covering up her devil ancestry in an immortal school and trying to understand her feelings for a senior apprentice, can Celine circumvent her impending doomsday to create a favorable plot twist? 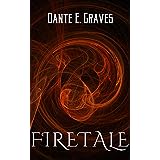 Lazarus Bernardius is immortal, but he had to die twice to discover it. The Devil has made Lazarus the ringmaster of a traveling circus of demionis, creatures with supernatural powers that are descendants of demons from Hell. For 140 years, the troupe of mermaids and ogres, medusas and wyverns, satyrs and alrauns has been touring the U.S. tullies, masquerading as just another mud show.

Lazarus’s task of giving shelter to unusual creatures requires that he not draw the attention of the Judges, modern inquisitors hunting down the supernatural. Lazarus manages this until Greg, a magician who can control fire, joins the circus. Greg seems like a decent sort, but over time, the magician’s behavior becomes suspicious.

When Lazarus learns that Greg uses his magic to fight villains after performances, it is too late. Soon, the first of the Judges arrives. To save his fosterlings and get out of trouble, Lazarus must seek help from a long-abandoned lover who is still angry with him. What the ringmaster doesn’t know is that some of the inhabitants of the circus have secrets of their own. 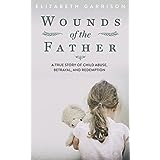 Title:  Wounds of the Father: A True Story of Child Abuse, Betrayal, and Redemption

Synopsis:  This raw, eye-opening memoir tells the powerful story of Elizabeth Garrison’s fractured childhood, descent into teenage drug addiction, and struggle to overcome nearly insurmountable odds. Elizabeth invites the reader behind the closed doors of a picture-perfect Christian family to reveal a dark, hidden world of child abuse, domestic violence, and chilling family secrets all performed in the name of God under the tyrannical rule of her father. 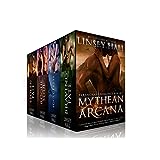 Synopsis:  In celebration of the release of book 5 of the Mythean Arcana series, the first four volumes are available for a limited time for only $0.99! Like hot paranormal romance? Dive into the Mythean Arcana, a world where all myths are true. Immortal warriors, witches, gods, and reincarnates all fight for love–and sometimes their lives–in this adventurous series set in Scotland. 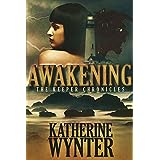 Synopsis:  When Rebekah Lorek’s father is murdered by a demon in disguise, a dark world is revealed that forces her to accept her destiny or see humanity destroyed. Will Rebekah become the next victim? Or will she finally move beyond her preconceptions and embrace her destiny? Keeper Chronicles: Awakening is an edge-of-your-seat dark urban fantasy thriller that will challenge your imagination as well as your reality. 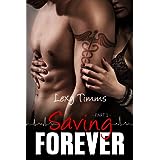 Synopsis:  Sometimes the heart needs a different kind of saving. 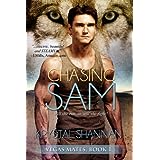 Synopsis:  Samantha Damakis, born into werewolf royalty, is now 25 and facing the mate hunt decreed to decide who she will marry. Her parents have the men already picked out who will fight. But, when a chance meeting with a sexy stranger in the airport sparks magick she and her inner wolf never thought they’d find, she takes the chance and fights years of tradition to follow her heart. 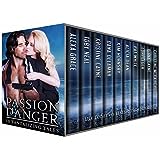 Synopsis:  Loaded with award-winning and best-selling full-length novels, Passion & Danger brings you the ultimate handpicked collection of sexy, dangerous romance. From humorous mysteries to deadly thrillers, from sweet romance to sizzling, the stories in this boxed set all have one thing in common–Passion & Danger. 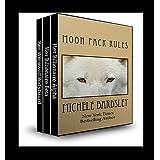 Synopsis:  Nolan Wright is also a Moon Pack werewolf and a cop with the Tulsa PD. He can sniff out a damsel in distress from five miles away, and it doesn’t take him long to find the beautiful and haunted Stephanie Draper. Stephanie has built solid walls around her heart–for a good damned reason. But Nolan’s kind and funny demeanor is creeping through the cracks of those walls, and soon, she finds herself falling for the handsome shifter. But as she begins to piece together her shattered life … her monstrous husband returns for his final revenge… 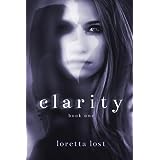 Synopsis:  Fiercely independent Helen Winters was born completely blind, but she vowed never to let her disability keep her down. She did not expect a traumatic event to devastate her life. Disillusioned and hurt, Helen retreated from society to live by herself as a reclusive writer in the woods. When a brilliant doctor shows up, offering her a treatment that could change her life, she must decide whether to take the chance on life and love again…