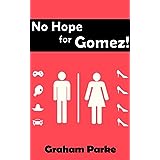 Title:  No Hope for Gomez!

Synopsis:  Forewords Book of the Year and Kirkus Best Lister.
Boy meets girl. Boy stalks girl. Girl already has a stalker. Boy becomes her stalker-stalker.
Gomez is eternally bewildered by the ease with which others navigate the world. He’s never had much luck with women, or jobs, or anything really. But when he enters a medical trial and a super sexy assistant falls for him, he thinks his luck has changed – until other participants start disappearing. 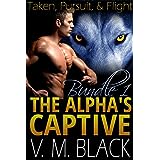 Synopsis:  Curvy Harper Bailey’s ordinary life was turned upside down by a chance encounter with the handsome werewolf Levi Harris. On the run from the vampire mafia, he pulls her into his high-stakes world—and straight into the crosshairs. 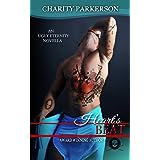 Synopsis:  By day, Cade works as a mechanic. By night, he’s the drummer for a popular nightclub band. Music has always been his greatest love and biggest dream. That is, until Cade meets Dylan.

For Dylan, working as head bartender for Club Khronos is the ultimate job opportunity. There’s no way he could’ve foreseen how torturous the position would become. Six months of craving Cade has driven Dylan insane. No matter what he tries, Dylan can’t get a clear read on Cade. When Cade does finally make his move, Dylan realizes a fate worse than never having the man of his dreams—being kept a secret. 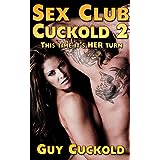 Synopsis:  The first time Josh convinced his wife Christina to go to an exclusive sex club, he ended up helplessly watching as she enthusiastically took on several men, thinking that was what Josh wanted to see. Now it’s one month later and Christina is a changed woman, wanting to return to the club to live out a specific fantasy of hers. Josh can’t say no and stumbles into yet another devious trap. To his horror, he’ll once again end up a taunted and humiliated cuckold, forced to watch Christina eagerly put on a torrid sex show involving dozens of strangers. 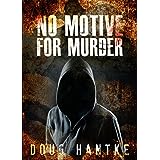 Title:  No Motive for Murder

Synopsis:  A confession of murder leads a man down a path of discovering a string of murders that become too close to home. 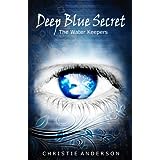 Synopsis:  California teen Sadie James has the perfect life. But everything turns upside down when she’s rescued by a mysterious boy who won’t even tell her his name. As Sadie pushes for answers, she realizes her life isn’t as perfect as she thought. Not only is she caught in a world of dangerous secret agents she never knew existed, but it turns out her true identity may be the greatest secret of all. 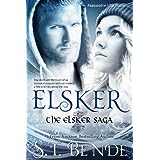 Kristia Tostenson prefers Earl Grey to Grey Goose and book clubs to nightclubs. But when she transfers from her one-stoplight town to Cardiff University in Wales, she falls in love with Ull Myhr. Her new boyfriend isn’t exactly what she was expecting. His cashmere sweaters and old world charm mask a warrior who’s spent an eternity fighting for his very existence. Ull is an honest-to-goodness Norse god — an immortal assassin fated to die at Ragnarok, the battle destined to destroy Asgard and Earth. 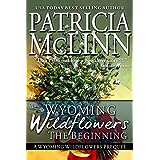 Before the bestselling and award-winning Wyoming Wildflowers saga began, there was another love story, one that laid the foundation for all those that came after. A love between a cowboy and an unexpected woman. A love at first sight … 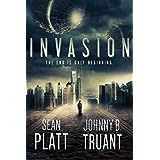 Synopsis:  First visible only as blips on a telescope image, the discovery of objects approaching from Jupiter orbit immediately sets humanity on edge. NASA doesn’t even bother to deny the alien ships’ existence. The popular Astral space app (broadcasting from the far side of the moon and accessible by anyone with internet) has already shown the populace what is coming. So the news has turned from evasion to triage, urging calm and offering the few facts they have: The objects are enormous, perfectly round spheres numbering in the dozens, maybe hundreds. They are on an approach vector for Earth. And they will arrive in six days.

Synopsis:  Soon after the grand opening of the Evergreen Bed & Breakfast, a guest believes that she has seen a ghost. She contacts paranormal researcher, Justin Marino and reality T.V. star, Lisa Ryan. Justin believes that Lisa is only looking for another story to titillate the viewers of Lisa Ryan, Ghost Finder. Lisa knows that Justin has little respect for T.V. ghost hunters. However, that doesn’t stop her from concocting a scheme involving Justin, and she won’t take ‘no’ for an answer. What they find at Evergreen will take them both by surprise.